United Way is proud to celebrate 55 years of commitment to McHenry County! 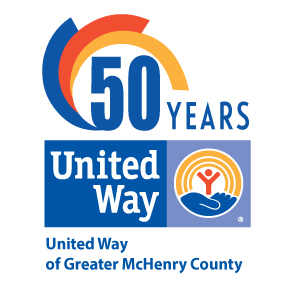 The United Fund or Community Chest, as we were previously known, began back in the fall of 1966. The first meeting was held with some community members on August 18, 1966, at Central Grade School in Crystal Lake and David J. Blahnik, President of the Crystal Lake Chamber of Commerce, presided. It was decided that during the week of October 24 that year, they would host a United Fund Drive in “an effort to eliminate many of the individual tag days and fund drives of the past because so many deserving organizations have fallen short of their goals.” They believed that a United Fund Drive would be more successful than individual drives, as well as demanding less time and effort on the part of volunteers.

The reorganization and merger was prompted by the realization that member agencies were serving residents of the entire county and that a single organization could more effectively conduct charitable activities throughout the county.

Since 1984, United Way of McHenry County has concentrated on the health and human service needs of our residents. Our campaign has grown from $310,000 raised in 1984 to a record $2,133,043 raised in 2001. In July, 2020, our United Way was proud to allocate over $1 million dollars to 33 local nonprofits, supporting 48 programs. To date, that means that we have raised over $56 million to invest in McHenry County!!

Now, as our community continues to grow, the demand for services is greater than ever. We are committed to being more than a fund-raiser for our partner agencies as we work toward building a stronger community by mobilizing resources to create positive solutions to greater McHenry County’s most pressing needs.