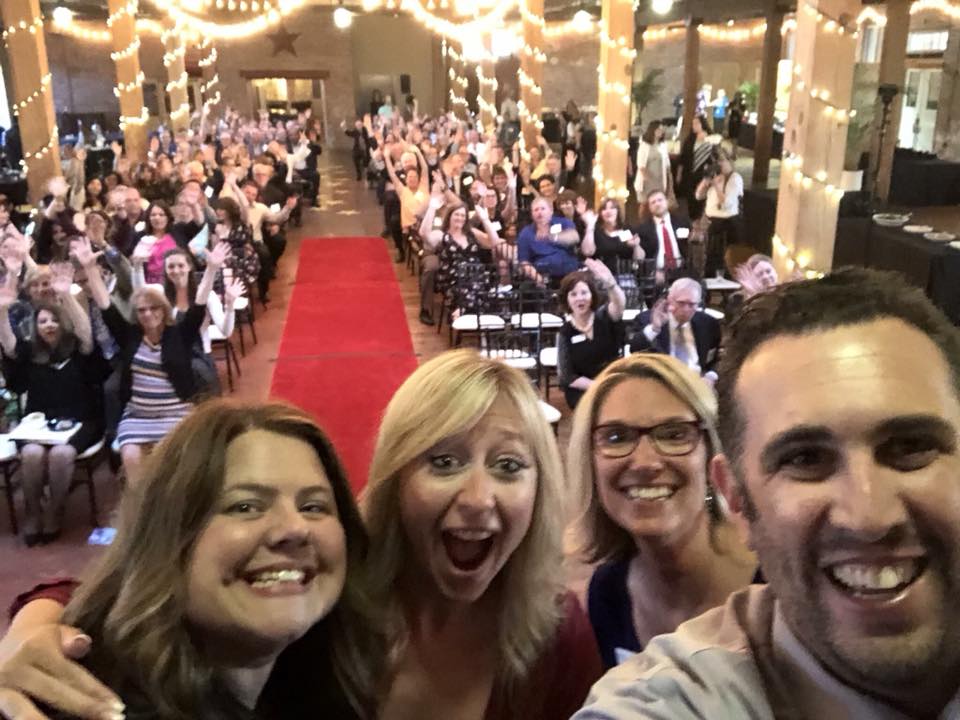 United Way of Greater McHenry County (UWGMC) announced their campaign results at their annual campaign celebration with 260 guests in attendance on Tuesday, June 5, 2018, at Starline Factory in Harvard.

Campaign Chair and community member Jeff DeHaan kicked off the evening announcing that this year’s efforts resulted in raising $1.436 million. “I want to acknowledge our donors, staff and volunteers for all their efforts in helping raise awareness across the county through enhanced social media activity, exceptional outreach generating more than 25 new campaigns and everything they have done to bring our organization to a whole new level. Ultimately, this means we can help more people in McHenry County,” DeHaan said.

The campaign runs annually from September to June with funds coming from employee payroll deductions, corporations and individuals outside of a workplace program. Funds raised are distributed to 30 local nonprofits for specific programs that fill needs throughout the county in the areas of health, education and independence.

After networking and dinner, Executive Director Carole Peters handed out 19 awards to honor the donors, companies and individuals who played an important role in the campaign’s success.

The United Participation Award went to PolyOne Corporation, McHenry, for uniting together as a team and reaching 98% campaign participation within their company.

The Blackboard Award was presented to Woodstock Community Unit School District 200, the school district with the highest average donation per employee of $180 for their yearly campaign.

The Milestone Award, given to companies that reach $50,000 in contributions, went to TC Industries of Crystal Lake, Charter Dura-Bar of Woodstock, Illinois Tool Works of Hebron, Baxter & Woodman of Crystal Lake and ComEd of McHenry County.

Brake Parts, Inc. in McHenry was honored with a brand new award, The Benchmark Award. This goes to companies who reach an outstanding level of success by raising over $200,000. Brake Parts well exceeded that goal and raised $273,355.

Another highlight of the evening was honoring three individuals who have been instrumental in raising awareness and funds for our local United Way this past year. The Community First Award went to Joe Foley of Corporate Disk Company. The Influential Leader Award went to Frank Kelly of ITW Medical and the Trailblazer Award was given to David Overbeeke of Brake Parts, Inc.

United Way of Greater McHenry County is a nonprofit organization that unites people and resources to build a stronger McHenry County. They support 30 local nonprofit agencies and help fund 48 different programs in the areas education, health and independence. For more information, visit www.givingbacktomchenrycounty.org.